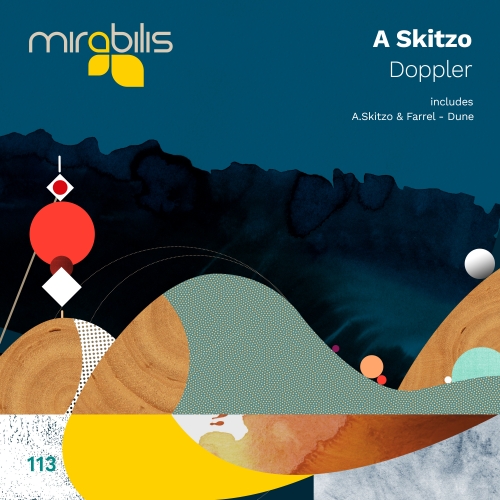 WEBSITE http://www.mirabilisrecords.com/
A Skitzo comes with an unmatched, unidentified style and mixture of house music..Watching A Skitzo performs, his passion is contagious and it makes for an exciting and unforgettable show.

A Skitzo is first and foremost music lover and his sincere adoration and appreciation comes across in his creative sets. He has been passionately mixing and creating music since 2000, acquiring knowledge from a composer-father and a brother, DJ Psychowsky. That’s how he fell in love with the world of music. He recalls his beginnings playing and rewinding audio tapes, producing a sound that later he radically improved by playing records and musical instruments.

Back in 2003 A Skitzo hosted the Truespin Radio Show at a local radio station eFM, and from that point he continued with projects such as Stylin' Club Nights, Kontra Sessions, Sound Flaster, Red Bull
There is no doubt A Skitzo left a huge influence on the local and regional scene. He has played at the most famous festivals, clubs and events, produced a number of remixes, and have done numerous collaborations.

He enjoys passing on his skills, knowledge and experience in music and music production to upcoming generation of DJs. Among many workshops, in Bosnia, Croatia and Slovenia, A Skitzo hosted a Master Class together with Josh Wink,and many others at Exit Festival.He played at :Exit,Sonar,HideOut and many others festivals...He played in Brasil,Spain,Italy,Germany,France,Czech republik,Holand and many others countries.